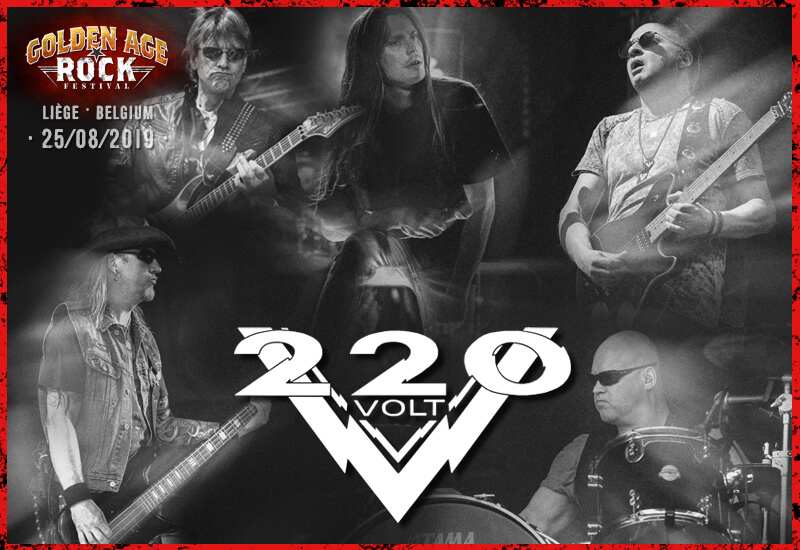 Upon analysis, 220 Volt probably did not intrinsically have fewer qualities than its European compatriots, at least in the beginning. The parallel is far from being preposterous. They were formed the same year, 1979, and they both played melodic hard rock not without spirit, but with an excess of Scandinavian charm. Yes, ‘Europe’ (1983) didn’t outdo ‘220 Volt ’ (1983 also) and ‘Wings of Tomorrow’ (Europe 1984) as well as ‘Power Games’ (220 Volt 1984 also) was more or less on equal footing. Everything finally rode on one single, ‘The Final Countdown’, and on the charisma of lead singer Joey Tempest, driving force of the winning group.

Mats Karlsson, lead vocalist and guitarist – present on every line-up – and his Praetorian guard, the other guitarist Thomas Drevin and drummer Peter Hermansson, had never found this frontman who could have brought them to new heights. After the excellent ‘Walking in Starlight’ in 2014, 220 Volt promises to deliver new material and a great performance at GARF this year.