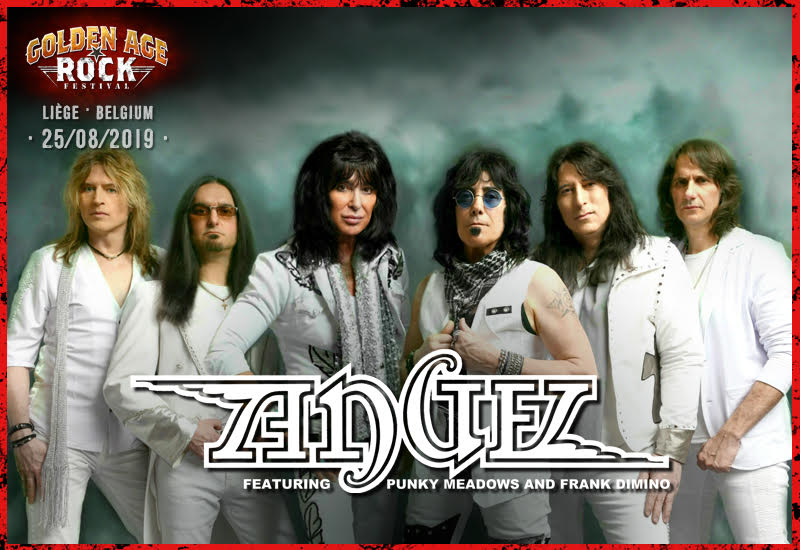 Angel is a very American concept. They were discovered by Gene Simmons of Kiss who imagined with his company Casablanca a kind of typically American marketing plan: the white opaline Angel, pure and innocent faced with the black Kiss, demonic, mean and interested. The joke is pleasing, but Angel is very different from Kiss. While the hard rock of Simmons and Stanley is basic, glam and full of frills, the hard rock of Angel is rich and influenced by progressive rock quickly assimilated to pomp rock in the United States.

‘Angel’ in 1975 with the fantastic ‘Tower’ properly presents three great musicians: guitarist Punky Meadows, keyboard player Gregg Giuffria and singer Frank DiMino. ‘Helluva Band’ (1976) and ‘On Earth As It Is In Heaven’ (1977), produced by the great Eddie Kramer, complete a sort of magic trilogy.

After the trio’s various musical adventures, Angel comes back in good shape ready to roll with Meadows and DiMino. It’s the fantastic keyboard player Charlie Calv, ex Shotgun Symphony, who will have the honour of filling in for Gregg Giuffria. As well, Angel has never been to Belgium.