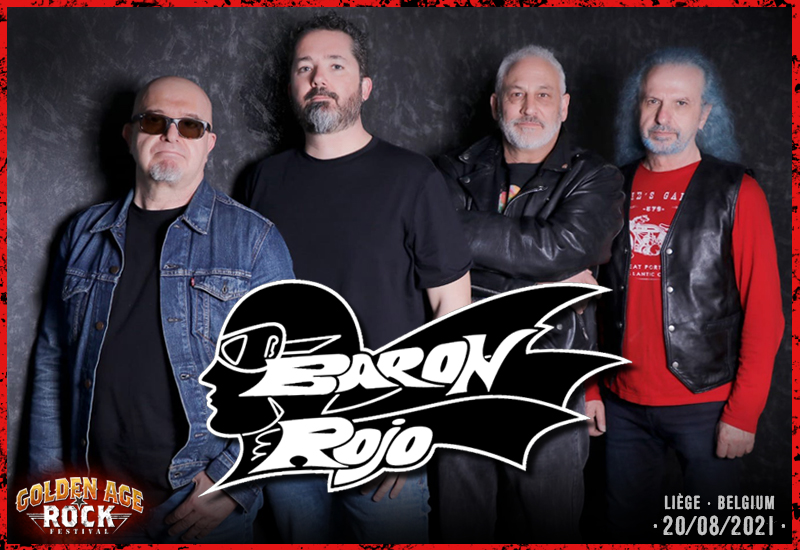 Late in the 70’s because of a political regime that is out of line with rock n roll, Spain is proud to have Baron Rojo in the very beginning of the 80’s.

The Red Baron (Manfred Von Richthofen german aviator’s nickname) from the Castro brothers, Armando and Carlos, always has the devil in the flesh and murderous impulse since “Larga Vida Al Rock & Roll” (first raid in 1981) and “Metalmorfosis” (international recognition in 1983).

Away from the Belgian stages far too long (two concerts in Heavy Sound Festival in Brugge then Poperinge respectively in 1983 and 1984), the spanish bomber will celebrate, in our festival, forty years in intensive shelling just after a long South American tour.