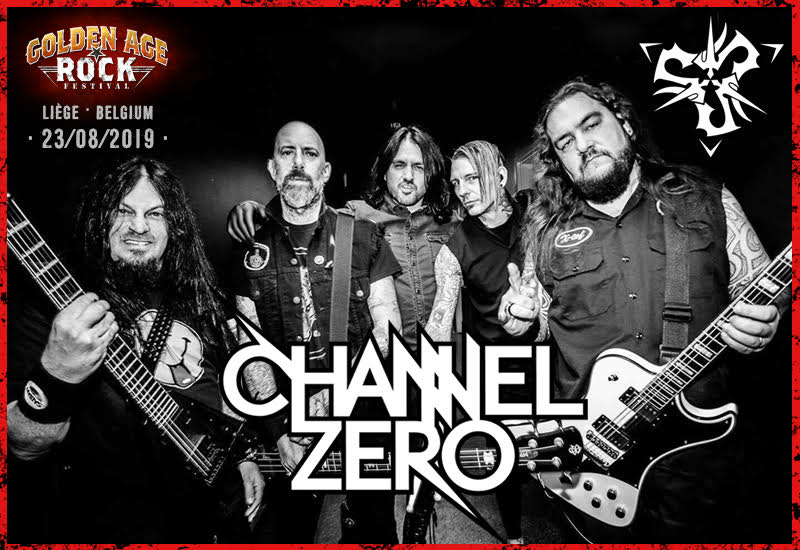 At the start, it was quite improbable for Belgium to have an international class heavy metal band. There was Irish Coffee in the 1970s, Cyclone and a few other outsiders in the 1980s, but the lack of means invariably kept coming back as a common denominator.

In 1990, at the “expiration date” of our festival, Channel Zero from Brussels got formed in a chaotic musical landscape. With an eponymous album in 1992, ‘Stigmatized For Life’, produced by the late Vinnie Paul of Pantera in 1993 and especially the very heavy ‘Unsafe’ in 1994, Channel Zero gave itself the means of its ambitions and became the number one Belgian heavy metal band. Already having hit rock bottom in 1996, Channel Zero chose 2010 as a redemptive force. On the cards, six sold out concerts at the Ancienne Belgique, the first three in 49 minutes. After memorable gigs at Graspop and Rock Werchter, drummer Phil Baheux died in 2013, the eve of their performance at Alcatraz. That’s when the group reinvented itself with drummer Seven Antonopoulos and American guitarist Mikey Doling, finally fully integrated. Singer Franky Desmet-Van Damme and bassist Tino De Martino remain the pillars of a group that matured terribly well as attested by ‘Exit Humanity’ (2017), a jewel in their crown.