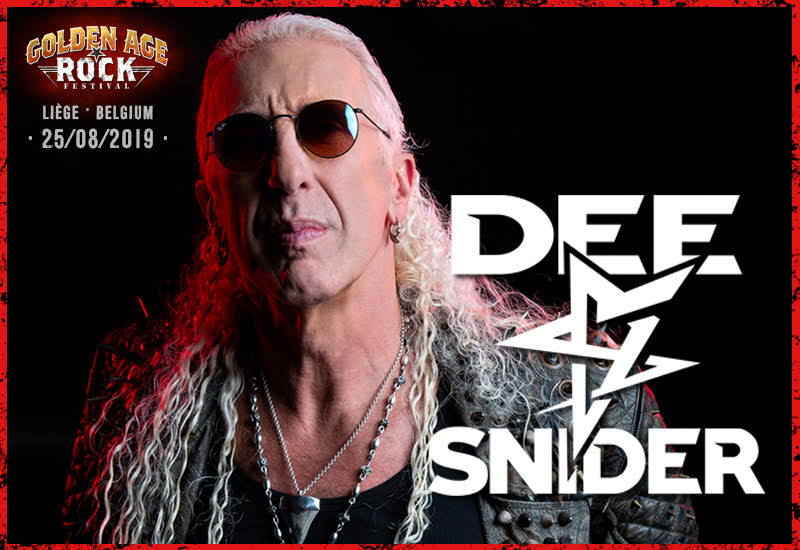 ‘The days of big tours from city to city with the tour bus is over. I’ve given enough. It’s the reason why I stopped Twisted Sister,” says Dee Snider, big mouth of American rock who has never seemed more petulant and motivated since the end of the group that made him world famous. “I’m still in great shape and I can still set the stage on fire, but only at times”, explains this eternal bragger always very sure of himself.

The four years of Twisted Sister and the farewell tour that followed managed to frustrate the fans in a certain way. The group bowed out at the peak of their fame and this time around, the New Yorkers will be more honest than the majority of the so-called retirees.
Twisted Sister is a varied group whose path was never very easy. At the beginning, they had a tough time, then gained cult status for a category of Americans who fawned over the circus of hard rock glam boom in Los Angeles. However, JJ French was the boss of the group and Dee Snider the songwriter and image of this priceless Twisted Sister that entrenched itself into the American school system.

“I became a singer to make the crowds howl,” Dee boasts, one of the most gleaming and baffling frontmen and entertainers in hard rock history. And the guy is trying to put his money where his mouth is with a solo career where he doesn’t owe anything to anyone.
The Dee storm promises to destroy everything in its path on 25 August in Liège. He’s the dream headliner to close our festival, not without having yelled until hoarse ‘We’re Not Gonna Take It’, a veritable hymn in Belgium. You can’t stop rock ‘n’ roll, don’t even try !