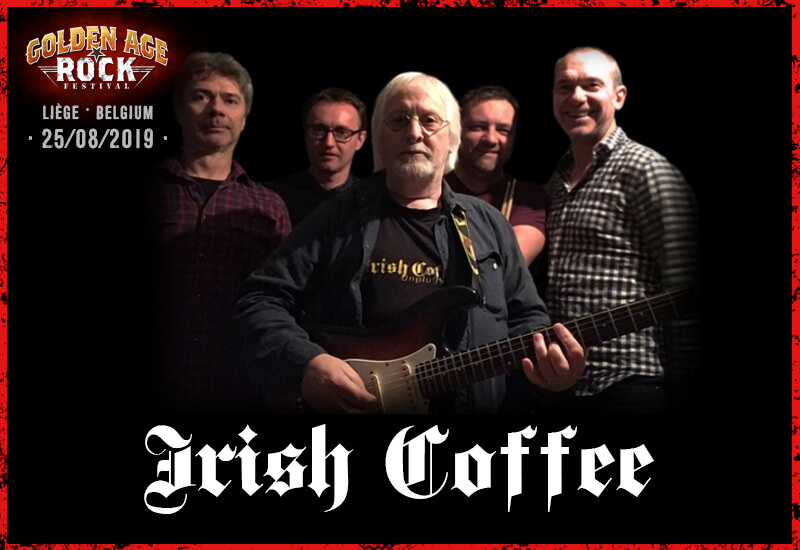 Irish Coffee was founded already in 1970 in Aalst when Belgian rock was still in its infancy. A hit single, ‘Masterpiece’, quite high on the charts, put the group of guitarist and singer William Souffreau in the spotlight. Managed by Louis de Vries, the boss of The Pebbles, Irish Coffee radiates early with an eponymous album in 1971 which, today, is always cult. The meeting of young hard rock and more mature blues and rock reminiscent of Deep Purple/Uriah Heep was a good one.

Irish Coffee stopped much too fast due to the death of keyboard player Paul Lambert. However, William Souffreau, the best Belgian hard rock singer of any era, didn’t stop there. He will surely still surprise you on Day 3 of the GARF like a hot and boozy drink.