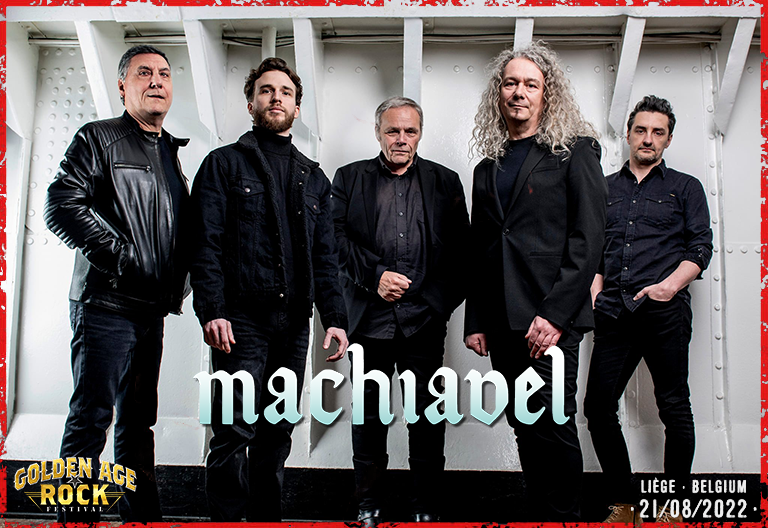 The No. 1 Walloon classic rock festivals (don’t worry, it’s the only one!) which welcomes the No. 1 French-speaking classic rock band! Logical isn’t it? In our dream version of 2020, Machiavel was intend to play on Saturdays (the magical seventies) before Sweet. After many surprises, Machaviel will finally be our headliner on Sunday in a performance that will have a taste of new and surprise.

Flashback. This sword of eurock (non-British European prog) from the seventies can be proud of its most fruitful period. “Cheerlessness” (from the eponymous 1976 album), the impeccable “Mechanical Moonbeans” with the heartbreaking “Rope Dancer” and the very successful “Urban Games” add up to evoke a rich past. The one that will still be served during this concert event. After having reinvented himself with “New Lines” and his Rome Award “Fly”, Machiavel gently stopped before being reborn in 1996. The disappearance of the sparkling singer Mario Guccio (both from Liège and Sicilian!) in 2018 could have meant the end of the great adventure. But Marc Ysaye and Roland de Greef did not hear it that way. The attraction of this final GARF 2022 concert will be their new singer, whose identity will be revealed in a few weeks.