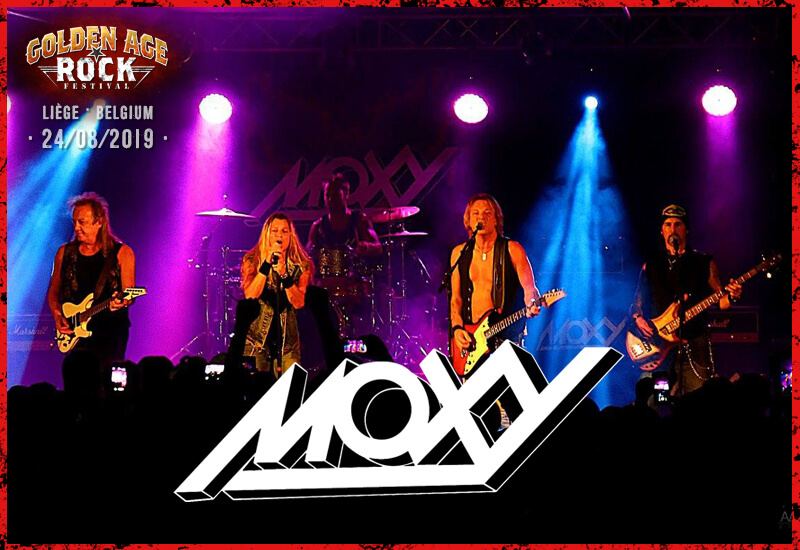 You wanted something unheard of? Here you go! Moxy has never set foot in our neck of the woods. Found in Toronto in 1974, a city rich in good rock bands, the Moxy of guitarist leader Earl Johnson had Tommy Bolin – yes, the future Deep Purple – put down a few tracks on the first opus. Moxy II was produced by Jack Douglas, the producer of Aerosmith. It’s time to compare: Aerosmith, Rush, for some and downright Led Zeppelin for Geoff Barton, hard rock specialist in Sounds Magazine.

‘Ridin’ High’, in 1977, is the most convincing and upbeat album. The hard rock of Moxy swings with a very specific feeling, those of the magical 1970s. Moxy replaces singer Buzz Shearman by the future Loverboy Mike Reno for a short while, taking the arrival of melodic rock badly and misses out inevitably on the 1980s and beyond. Clinically dead for ages, Moxy rises just like Lazarus in 2015 with re-recordings and live album live on fire, ‘40 Years and Still Ridin’ High! Earl Johnson, as green as ever, will perform at the GARF with young cubs and their sharp claws, and shake up our neurons with ‘Can’t You See I’m a Star’, ‘Moonrider’, ‘Sail On Sail Away’, ‘Midnight Flight’ and ‘I’ll Set You on Fire’, eternal fireworks of solid rock.