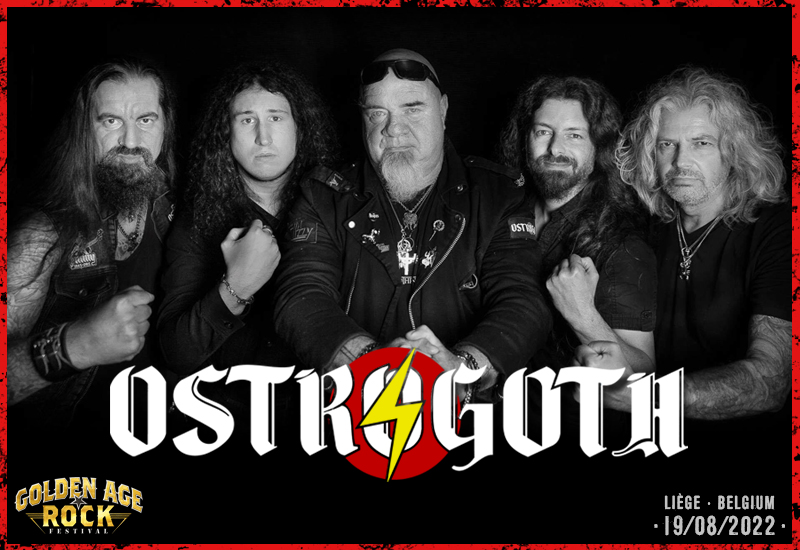 Formed in Ghent in the early 80s, Ostrogoth has built up quite a cult following over nearly four decades. What a feat ! Plus, a great story.
Initially, no one believed in this somewhat “barbaric” band. Their first EP, Full Moon’s Eyes, is cliché. Their outfit are (knowingly?) caricatural. Ostrogoth opened for Def Leppard in Poperinge (at the mythical Maeke-Blyde) in 1983. Their fans gave voice but the young English were having fun.
Always be wary of a wounded beast. Ectasy and Danger (1984) and Too Hot (1985) are walking in the same steps of the biggest heavy metal classics like Scorpions / Accept / NWOBHM.
Courageous and determined, Ostrogoth is still there with his stainless pillar: drummer Mario “Grizzly” Pauwels. It is with young swordsmen that our “Grizzly” will smash everything in a theme that sticks to his coat: the good hard old school 80’s.
Fun fact : Ostrogoth shared the stage of the Heavy Sound Festival in Bruges in 1983 with Baron Rojo.