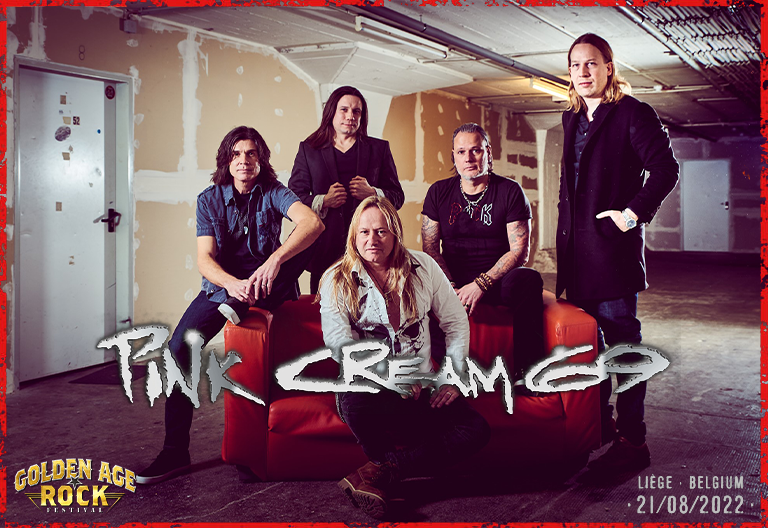 Pink Cream 69 was formed in Karlsruhe in 1987 by vocalist Andi Deris, drummer Kosta Zafiriou and guitarist Alfred Koffler. They quickly signed with a major (Sony Music) and became at the end of their first 3 cds (Pink Cream 69 in 1989, One Size Fits All in 1991 and Games People Play in 1993) the «cream» of melodic hard rock made in Germany!
Andi Deris left the band in 1994 to join the heavyweight Helloween, allowing the arrival of an English singer, David Readman. At this time PC69, took a more «modern» turn given the devastating effects of grunge on melodic bands through this era, the laps of time of 2 studio albums and a 1st live, before returning to their first love : all the components of very melodic hard rock with Electrified in 1998, until their last opus, the excellent Headstrong released in 2017, which It is said to be near perfection .
For lovers of beautiful melodies and screeching guitars, PC69, who does not often come to visit our country, will have the heavy task of
compensating for the defection of the Americans from Prophet, but it is already certain that they will win this challenge hands down