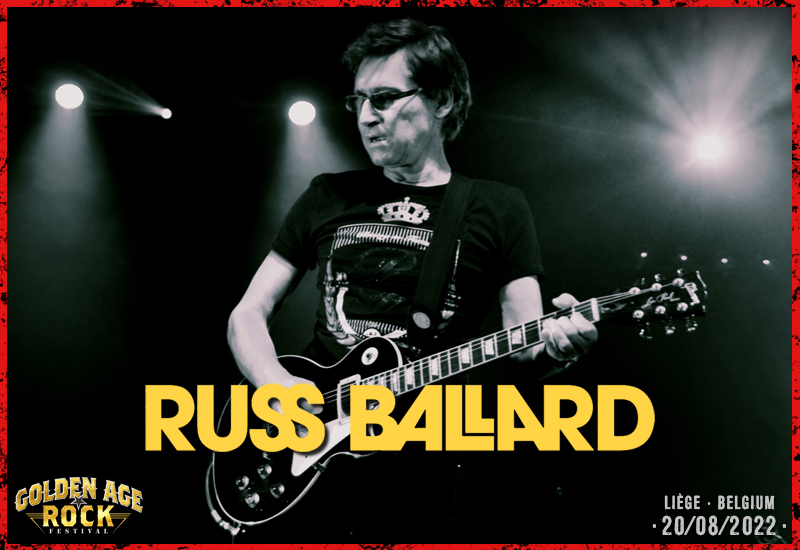 Warning: legend incoming! Russ Ballard raises from the caste of the greatest rock composers. His setlist will only contain hits, more hits and tons of hits!!! This distinguished Englishman from the greater London suburbs joined The Roulettes in 1963 at the age of 18. The beat group is a school. But, the serious things start with Argent, a band formed with Rod Argent of the Zombies (“she’s Not There”…). This prog/rock-looking Argent invented hard FM in 1971 and Russ distinguished himself with a first hit: God Gave Rock and Roll To You. A refrain that will put Kiss back in the Charts 30 years later. In 1974, Ballard began a high-quality solo career (with “Russ Ballard” known as “the black album” in 1984 as an unsurpassable model). Our prestigious guest then writes for almost everyone: Rainbow (“Since You Been Gone”, “I Surrender”), Frida from ABBA (“I Know There’s Something Going On”) but also Roger Daltrey, Santana, America, Uriah Heep, Night Ranger, Bad English… Difficult to remain unmoved in front of such a list!