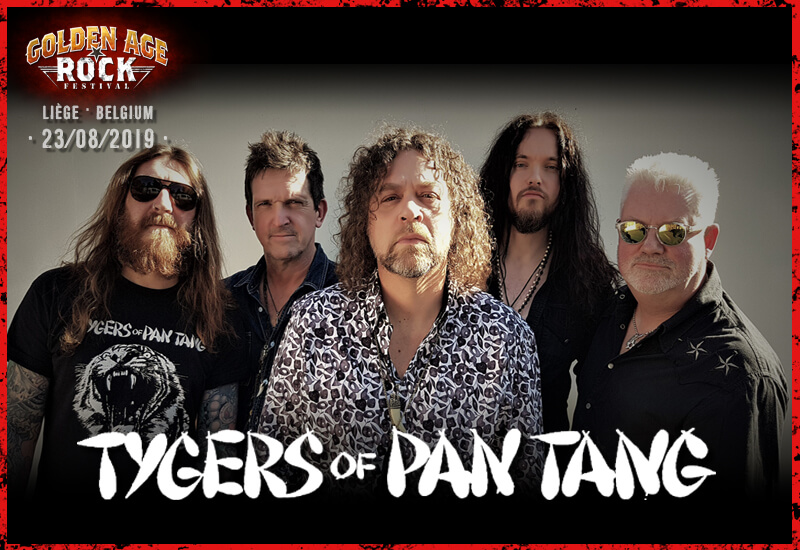 In 1981, Tygers of Pan Tang released their fundamental album ‘Spellbound’ and dumbfounded the world of hard rock. It’s also in the middle of NWOBHM that the leader and guitarist Robb Weir found his perfect partners in crime with John Sykes (future Thin Lizzy, Whitesnake, etc.) and Jon Deverill, howler of Persian Risk. After some tough times, the English tigers reappeared at the new millennium with a cathartic performance at the famous Wacken.

Since then, they have a new start: a superb gold album in 2016 and scenic performances where Weir and his new cubs properly snipe without any shame.