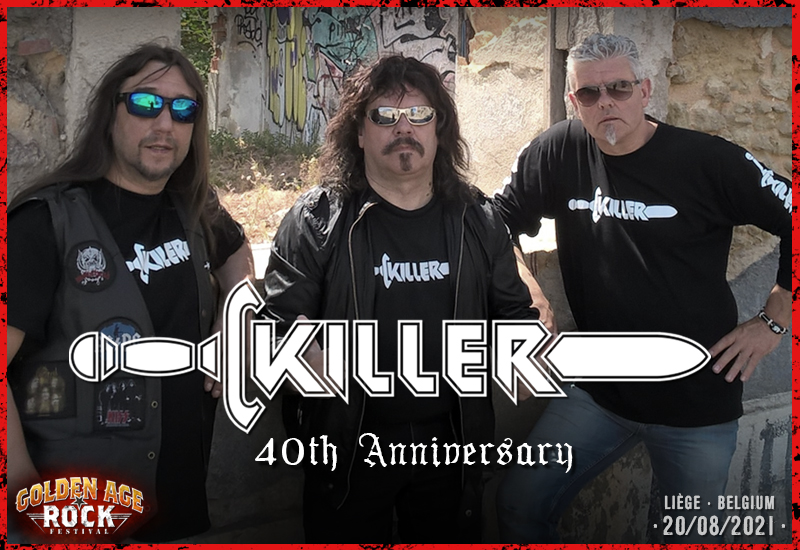 Band on fire, speed metal band before the speed metal wave (the one with Metallica), Killer gets it about the Motorhead state of mind and the cool sketches of the NWOBHM before the 80’s Belgian wave.

Killer has also decided his manager Alfie Falkenbach to start the mytical Mausoleum label. “Wall of Sound” in 1982 ((not the one from Spector !) and “Shockwaves” in 1983 were his greatest trophies, next is a live album produced by Dieter Dierks (Scorpions), result of a soldout concert in Antwerpen with an heated space audience.

Unfading, pure, straight-forward and with no frills, Killer will blow out forty candles at our festival, with the bit between the teeth and the satisfaction of a job well done. 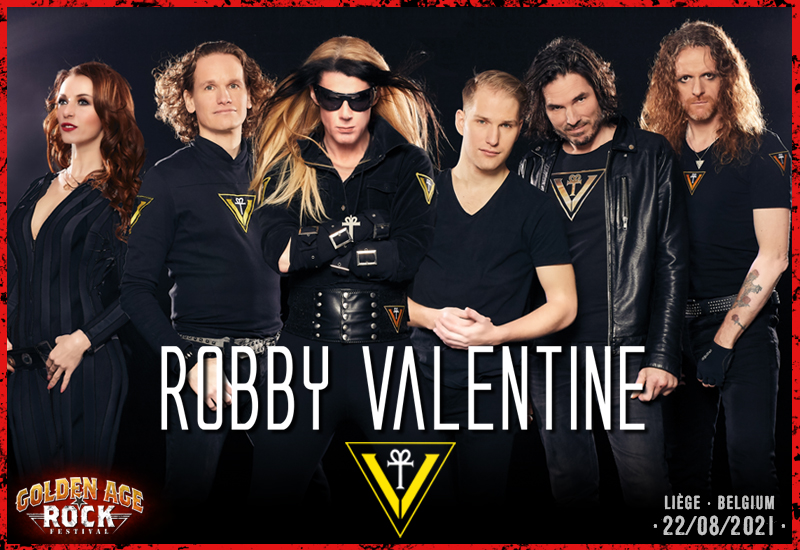 Robby Valentine was one of the sensations of the Golden Age Rock Festival first edition. A Queen repertoire with the (hollandaise !) sauce. The friendly androgynous batavian will appear in the 2020 edition to convince us of the truth of a top class solo career, very coloured with AOR. For the Queen and great musicality fans. 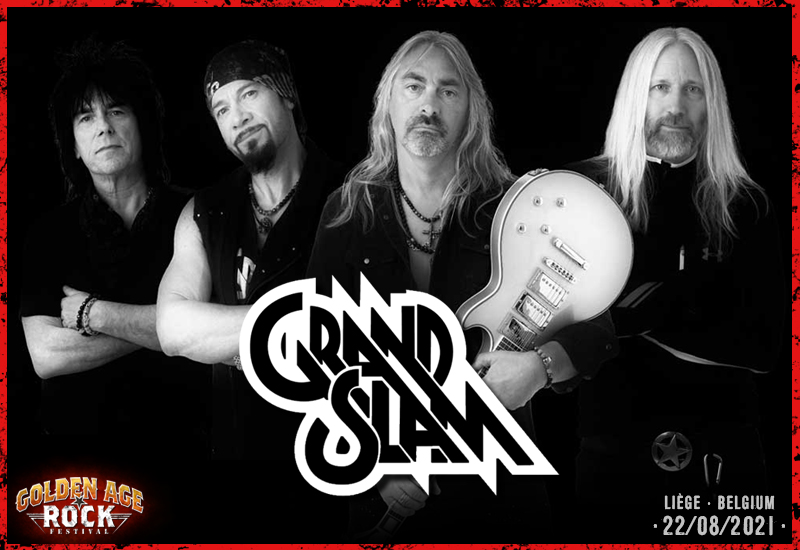 Endorsed by the whole rock community, Phil Lynott, allmighty Thin Lizzy leader, was dreaming of adventures and the result was a brand new Grand Slam circa 1984 with young coyotes with sharped teeth.

Victim of his “bad reputation”, Lynott couldn’t get a record deal for his new band in spite of impressive stage performances. Phil left the band in 1986, so Thin Lizzy’s future was in trouble, and much more was Grand Slam. If some “tribute bands” sparked the Lizzy flame, we had no news from Grand Slam.

So, Laurence Archer (ex-Stampede, UFO and…Grand Slam guitarist) revived the 1984-1985 shooting star, but became established, with an impressive band, as the only beneficiary in Thin Lizzy spirit with a fantastic album called “Hit the Ground” in November 2019 ! What a major accomplishment ! 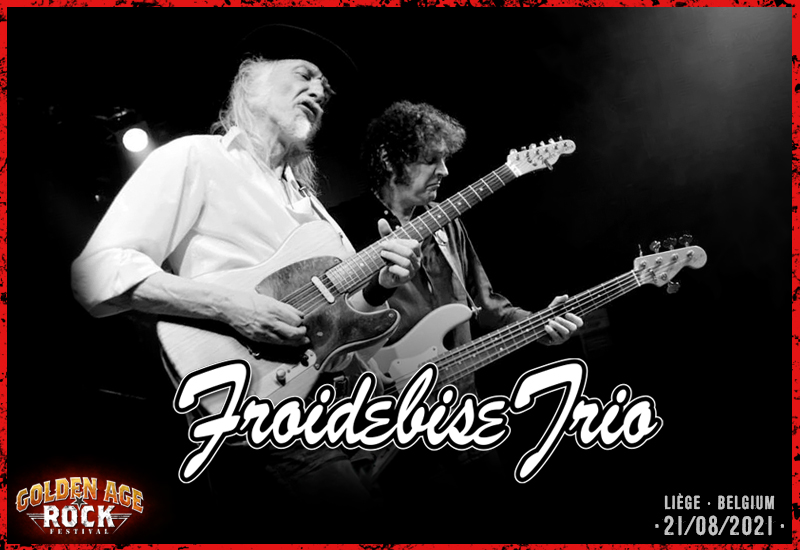 Jean-Pierre Froidebise, born and raised from Liege, is nursed with classical music through atavism, but this is the bluesy rock from the 70’s which determined his brilliant musical career.

Musician with a exceptional originality, our friend Jean-Pierre promised us an energetic set, full of passion and musical excellence. 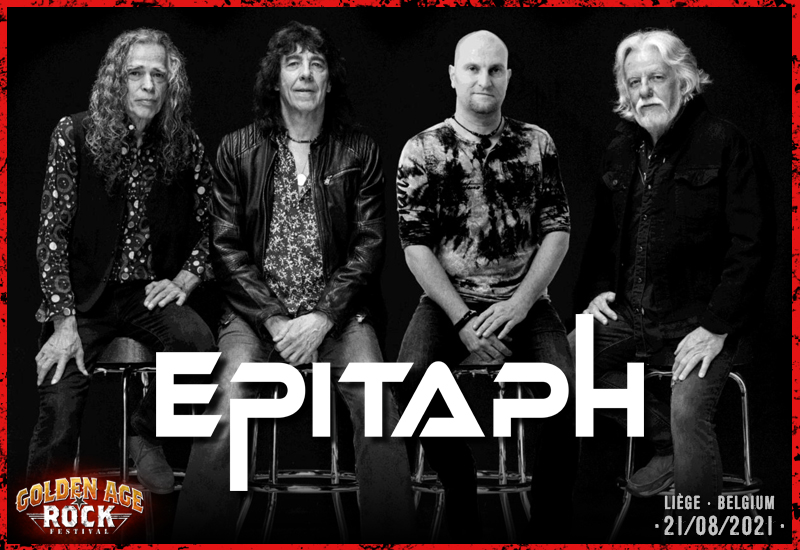 A german band with an english leader (Cliff Jackson), stepped across the seventies with accents of kraut/psychedelic/progressive and hard rock to finally stay in the collective unconscious like a german Wishbone Ash. 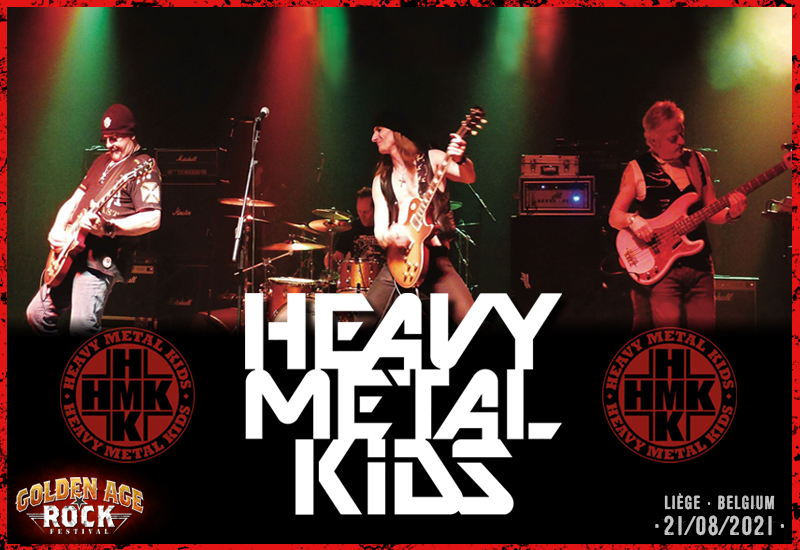 Bad boys from the south of London and the East End, little rascals and Speakeasy’s residents (one of the most mythical London clubs) Heavy Metal Kids hit the headlines in the 70’s with their ballsy rock, in a bad mood and with a big mouth. His immense frontman, Gary Holton, created the hooligan rock just before the punk wave.

Patchwork of influences (pub rock, Faces, bluesy hard rock…glam). Heavy Metal Kids could never go over Holton’s passing (caught upon excesses in 1985) but our overindulgent rockers have risen from their ashes : built around Cosmo and Keith Boyce (guitarist and drummer from the good old days) and Justin McConville, a very interesting substitute for Gary Holton, the old kids from the London slums have made the promise to kick our asses.

For our great pleasure… 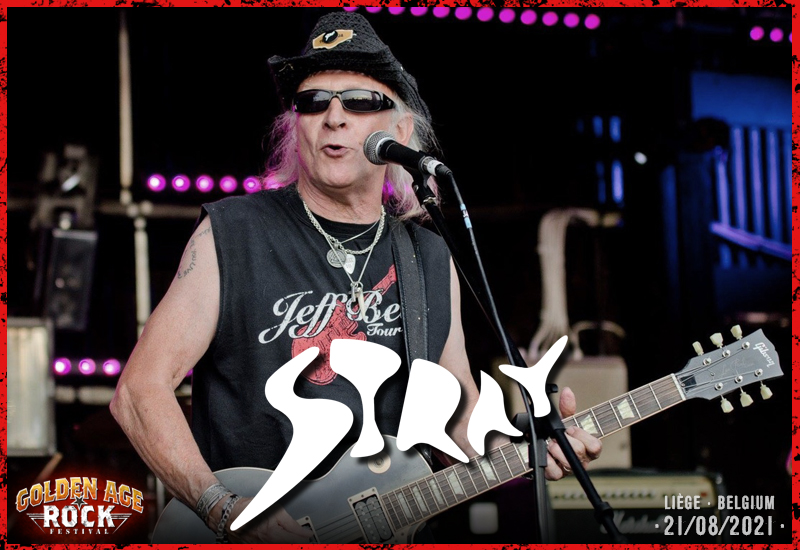 Established in the dreamlike hints of the “Swinging London” just in time for that crucial year 1970, Stray is a seventies model, near impassable as regards bluesy/hard rock/psychedelic genre. Del Bromham, established leader, still young after 68 years, is delighted to invade our lands, at last. Stray ? So british… 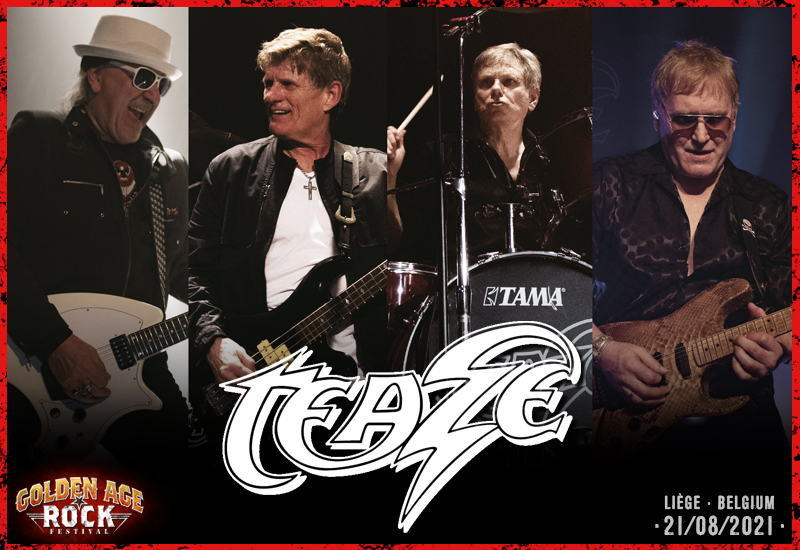 Teaze is the north american mature and elegant hard rock of the end of the 70’s. The canadian quarter never had a change of line-up (very rare in the music business) and looks like, 40 years since his golden century, still ever more exuberant and cohesive for their very first european visit. 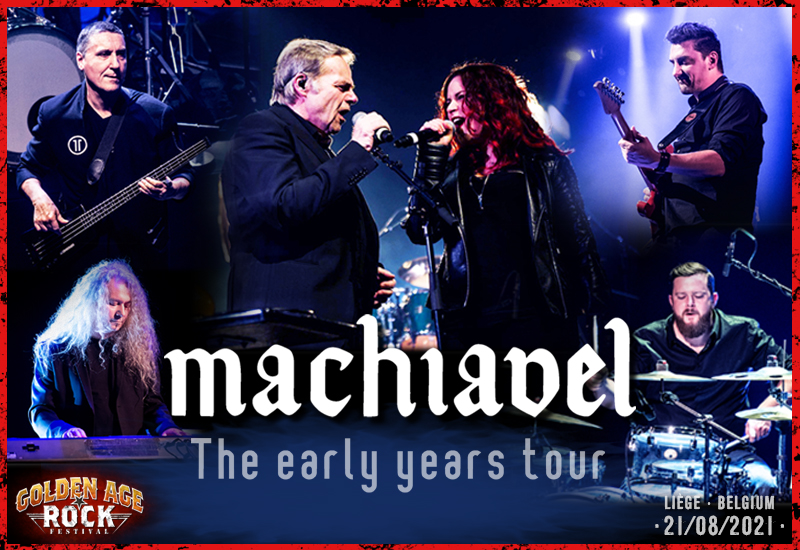 Belgian rock glory (soldout show at Forest National in 1979!) and little prince (not so devious!) of 70’s Eurock (non-British but continental prog), Machiavel has decided to end his 2018-2019 “Early Years” tour, based on his first three albums (Machiavel, Jester and Mechanical Moonbeams), with an appearance at the Golden Age Rock Festival.

Seeing back this red/yellow/black musical jewel of the past still superbly on the air in in late Mario’s lands, his emblematic singer, will also be a beautiful symbol, a catharsis … 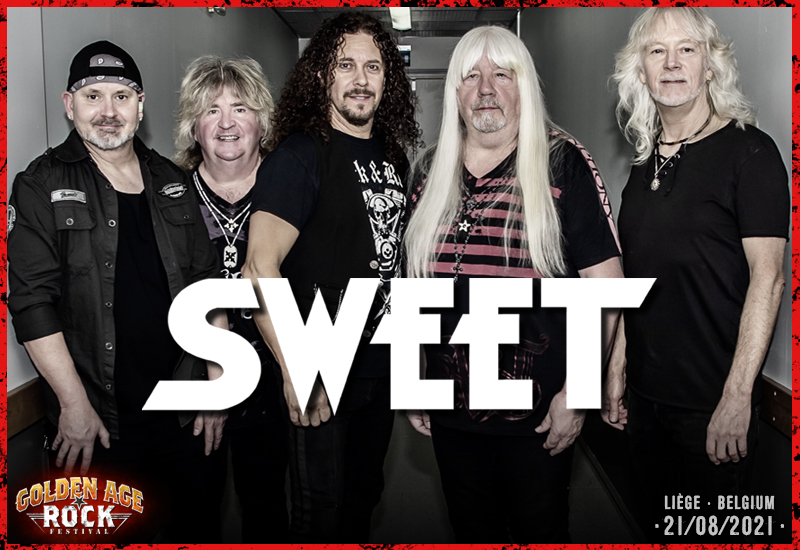 In our Golden Age of Rock n Roll concept, 70’s glam rock has a special place : everybody has stamped their feet on these happy chorus, full of colours, attire and energy ?

The overindulgent movement has consecrated two “carnival” princes : Slade and (The) Sweet. (The) Sweet will be our guests. Reoxygenated (Love is Like Oxygen !) around their guitarist/leader Andy Scott with his wrestling presenter’s talkative manners, (The) Sweet still presents a myriad of hits songs, performed by Andy with qualified NWOBHM workers. Action…